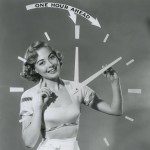 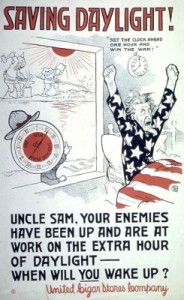 Are you like me? Every time we “spring forward” or “fall back” I have trouble adjusting! Even when I get an extra hour of sleep, I end up asking “why do we do this to ourselves?!” After recently having this conversation (yet again) with some friends, I decided it warranted a History Fix looking-into!

In the course of talking, my friends and I came up with some ideas as to “the why” behind Daylight Saving Time: something to do with farming, kids waiting outside for the bus… Nope and Nope. What got DST started? World War I. That’s right, you heard me, war.

The concept that valuable morning daylight hours were being slept through by most of the population had been floating around for decades before the Great War. But before standardized civil timekeeping was instituted, the ancients dealt with this problem by extending the number of minutes in an hour!

Roman water clocks operated on a sliding scale according to season. An hour at the winter solstice was only 44 minutes long, while at the summer solstice it was 75 minutes long, making twelve hours of daylight at all times of the year!

Sources credit one of two men who independently conceived daylight savings plans on opposite sides of the world, ten years apart.

In 1895 New Zealander George Vernon Hudson, an amateur “studier of bugs” or entomologist, proposed a two-hour shift for more evening daylight. His motivation was to spend more time looking for insect specimens after his day job. Personally, if I were proposing such a change it’d be to spend it at the beach…anyway…

One fine day in 1905, Englishman William Willett was struck by the lost daylight hours during a leisurely pre-breakfast ride—apparently he didn’t have much company though the sun was out! He also loved to golf, so extra daylight in the evening would extend his playing time.

Willett’s plan was to spring forward in April at several twenty minute increments, then back again in September the same way. More work, but perhaps easier on the body clock? 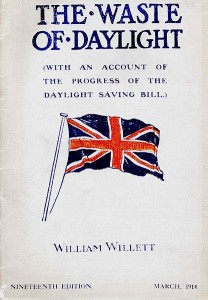 Both gentlemen approached their national governments with plans for daylight saving, and though they were heard, no action was taken. Not until the Germans got hold of Willett’s proposal, and determined it a good way to save on war resources, coal in particular. They adopted Sommerzeit in April 1916. Other nations followed over the next two years, with the United States joining in 1918.

Since then there has been no real consistency in Daylight Saving Time. Some countries continued with it post-war, like Great Britain, but others like the U.S. where farmers were against the measure, repealed the law. It was reinstated during World War II, but observed year-round which made it a new standard time. Again, after the war DST was repealed.

THE PROS AND CONS 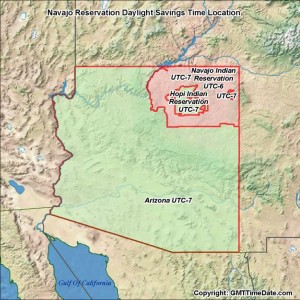 This isn’t confusing at all…

Daylight Saving Time can make things tricky for travelers, as nations, states, and even localities can chose to observe it in their own manner. Some observe, some don’t and some choose to observe year-round.

Supposed energy savings are called into question as being negligible or even on the losing side. Studies have shown that our bodies’ circadian clocks (which respond to light and dark) never truly adjust, making us tired and prone to injury, thereby decreasing quality of life—kind of like perpetual jet lag!

People are passionate about their sunlight! There are many organizations out there lobbying both for and against DST. Lighter Later is a UK group that advocates first moving standard time forward an hour, then continuing to observe DST, changing the clocks by two hours!

On the opposing team we have StandardTime.com who wants to abolish DST. Their platform: if it truly saves energy, let’s do it all the time, make it the new standard; otherwise can it!

NOT ENOUGH HOURS IN THE DAY? 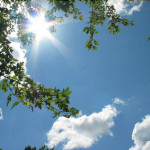 I leave you with a quote from author Michael Downing:

But it is March, and it is cold here in New England, and I’m mindful of the Native American who concluded that daylight saving time is like cutting an inch off the bottom of your blanket and sewing to the top to make the blanket longer. 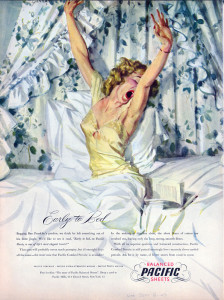 How do you feel about Daylight Saving Time? I know it makes me tired and my car clock is an hour off for half the year (yeah I know, lazy)—let’s discuss! Leave a comment below or over on Facebook! There are lots of interesting intricacies and practices around DST; I recommend you learn more through the links below…who knew?

Makeup: as old as mankind itself.  It’s been worn by women and men alike, not just for vanity, but for ceremonial and religious purposes too.  It still is in certain cultures. There is … END_OF_DOCUMENT_TOKEN_TO_BE_REPLACED

I love love love Art Deco.  And I think it’s probably the most confused style out there! Often anything kind of old or ornamental is labeled Art Deco, but there are a couple of specific styles that … END_OF_DOCUMENT_TOKEN_TO_BE_REPLACED

Men’s suits are basically a uniform, right? Jacket, pants, shirt, tie…pretty basic. A uniform puts you in a frame of mind; you’re ready to go about your business, whatever it may be. In 2016, they can … END_OF_DOCUMENT_TOKEN_TO_BE_REPLACED

I’m feeling nostalgic as I plan for a trip to Michigan, back to the house where I spent the 1970s (and other decades as well).  Some of these foods are still available today, but when I think of them … END_OF_DOCUMENT_TOKEN_TO_BE_REPLACED

This blog is about me getting My History Fix, but it isn’t the only way I get my “old”…I started selling antiques again last June—something I used to do for years back in Detroit. I love the thrill … END_OF_DOCUMENT_TOKEN_TO_BE_REPLACED